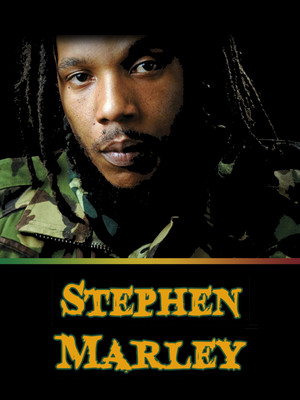 Stephen Marley Is Back On The reggae Road!

The renowned reggae artist and a son of Bob Marley and reggae singer Rita Marley, Stephen is a five-time Grammy award winner as artist, producer and recording engineer and he's back on the road! Bringing his reggae rhythms to cities across North America, bringing the message of love and power to all his fans.

Being the son of Bob Marley and Rita Marley, there's no doubt that music flows through Stephen's veins. In 2012, the album Revelation Pt. 1 - The Root of Life earned him the Grammy Award for Best Reggae album. The follow-up album, Revelation Pt. 2 - The Fruit of Life, was released four years later in 2016.

It's going to be an experience you'll never forget.

Sound good to you? Share this page on social media and let your friends know about Stephen Marley at Georgia Theatre.